The 'natural contraception' app has lead to dozens of unplanned pregnancies. Eeek. 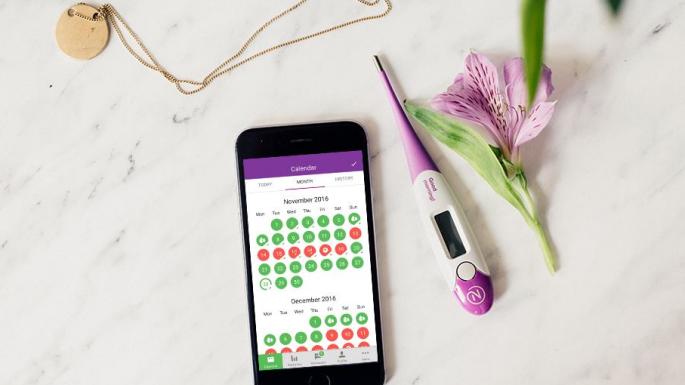 Unless you have been living under a rock for the past number of months, you will have heard of the Swedish contraception app Natural Cycles, which is taking social media by storm.

The app works by tracking changes in body temperature over the course of a menstrual cycle to predict the days of the month when a woman is ‘safe’ to have unprotected sex.

In case you missed my previous post, I thought I'd just mention that @NaturalCycles is great if you've thought of starting a natural form of contraception & tracking your cycle. I've really gotten into the routine of things now and take my temperature as soon as I wake up! You can get a yearly subscription for just 39.99 GBP and thermometer is included. Check out the link in my bio! Note: for 18+ & app does not protect against STDs #AD #NaturalCycles #YourCycleMatters

Morning! So it’s been 4 months since I started using @naturalcycles and I’ve been doing regular updates on now I’ve been finding it. It’s the first certified Natural contraception app, and I’ve found it so helpful as I can’t take the pill. Contraception is obviously a very personal choice and you should always do what’s right for you, but after a while of remembering to take my temperature each morning it has become second nature and doesn’t take much of my time up in the mornings at all. I’ve had so many questions about it over the last few months, I spoke about it in a recent Q&A, but they also have a really helpful help page on their website which I’ll link in my bio! (93% effective, 18+, doesn't protect against STI's) #naturalcycles #ad

With the idea of not having to pump your body with unnecessary hormones being admittedly appealing to most women, it is no surprise that bloggers have come out in droves to promote the new natural form of contraception.

This promotion has contributed greatly to the app’s success, with there now being over 100,000 users worldwide.

However, in recent weeks the app has come under fire, with dozens of women using the app as a form of contraception stating that they have experienced unwanted pregnancies as a result of the app being inaccurate (yikes).

Furthermore, a Facebook advert promoting the app has also been banned by The Advertising Standards Authority (ASA). The authority has found that the app’s claims that it was “highly accurate” and “provided a clinically tested alternative to other birth control methods” were actually misleading (yikes again).

Meanwhile, some Instagram users have been expressing their concerns with the number of bloggers who have started posting sponsored posts promoting the app.

One user said: “Can bloggers who don’t have a full understanding of their own fertility stop spouting how reliable that bloody Natural Cycles app is!”

Some bloggers have taken to their platforms to apologise for the promotion of an app that they admittedly did not know enough about, while others are still standing by their belief in the method and are continuing to promote it. The blogger Fashion Slave wrote:

I’ve written quite a bit about contraception on my blog – from how the pill turned me crazy, the awkwardness of going to get the morning after pill, and getting a copper coil – so when a company came at me last summer saying they have a new hormone-free contraceptive that works via tracking through an app… I think I possibly fell for their marketing pitch, and I didn’t really realise exactly how much of a big push it would be. But I do take huge responsibility for not thinking enough about the consequences.

For many women, hormonal contraception just isn’t an option, so the development of apps like the Natural Cycles is critical to give these women more options when it comes to their bodies and lives. Whether you choose to use the app or not is your decision – but here’s hoping that over time there will be better information available for women to make decisions on contraception.