It's Ashley in Paris now. 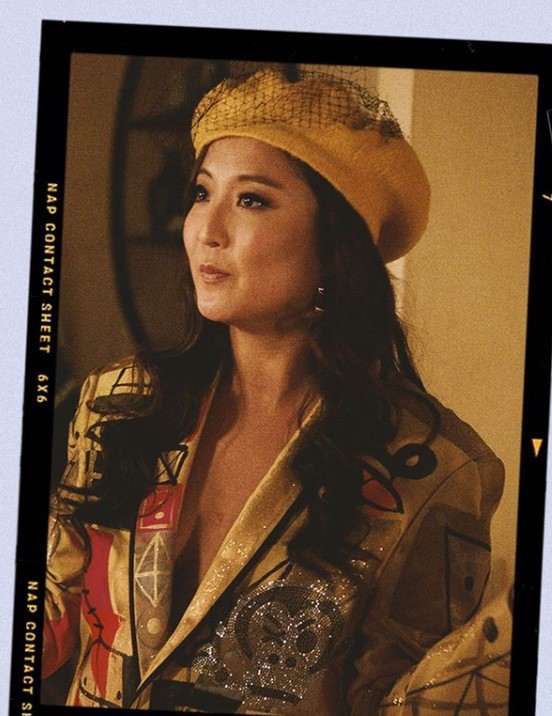 When Emily in Paris arrived on Netflix last year, it’s safe to say it captivated audiences. Reaching 58 million households in the first 28 days after debut, the show skyrocketed, and became the most popular comedy series of 2020 on the streaming app.

And while all the characters’ are plenty interesting, Mindy was certainly one that stole the show. So we decided to introduce you to the woman behind Mindy, actress Ashley Park, before season two drops. Which, by the way, is soon, and if you’re looking for more Emily in Paris season 2 info, we’ve got you covered here. De Rien!

1. She made it on Broadway before moving to the screen

2. She was in The Greatest Showman (sort of)

Now we know what your thinking “I’ve seen the Greatest Showman a million times, and I’ve never seen her in it.” Well, yes, you’ve never SEEN her in it, but you did hear her. Ashley was a part of the cast recordings for the soundtrack back in 2017.

3. She is a cancer survivor

At just 15-years-old, Ashley was diagnosed with acute myelogenous leukaemia. Which led to her being hospitalised for 8 months. It was during her time with cancer that she actually decided to become an actress. She received a wish from the Make-A-Wish Foundation and went to New York with her family. There she saw the Broadway productions of A Chorus Line, The Lion King, Spring Awakening, and Wicked.

4. She is of Korean descent

Ashley’s Grandfather moved to America in the 60s, and her family has been there since. She is incredibly proud of her heritage and advocates for Asian-Americans and the importance of representation on screen.

5. She is not the only star in her family

Ashley’s 2nd cousin is Justin H. Min, AKA, Ben Hargreeves from The Umbrella Academy. The pair are quite close and have even done interviews together.

6. She went to the University of Michigan

While many actors choose to skip out on Uni, Ashley didn’t and studied musical theatre.

7. She is super close with her Emily in Paris co-stars IRL

The cast of Emily in Paris bonded while filming season one, and their friendships are going strong. A quick scroll through her Insta, and you’ll see tonnes of cute pics of the bunch. Warning though, their friendships are adorable, and you may feel envious of all the time they spend brunching and relaxing in Paris.

If you’re ever looking for style inspo, Ashley’s Insta is the place to be. She is constantly creating chic ensembles you’ll love.

9. Ashley gets starstruck just like the rest of us

While it’s crazy to think of a celeb getting starstruck, Ashley is a mere mortal like us and isn’t afraid to fangirl. She regularly shares her celebrity encounters and gushes about them.

Ashley always shares snaps of her fave treats, and since living in Paris, the food has only gotten tastier.