Do we detect a soft launch?

Siannise Fudge seems to have made things Insta official with her new mystery man, after posting a series of snaps to her Instagram story with her new beau front and centre.

The 28-year-old Love Island Star was previously rumoured to be dating model Chris Beviere back in March after the two were seen jetting off to Siant Lucia together, but Siannise later took to Instagram to clarify she was in fact, still single.

Addressing the rumours in an Instagram Q+A story, the former beauty consultant wrote: “Unless it’s come from my mouth or I have publicly posted/announced something regarding me having a new boyfriend, then I am very much single & I’m content with that right now”.

With this statement in mind, could Siannise’s latest story posts could be taken as confirmation of something official with her new bae? The reality star has yet to tag her new fella, or even post a photo showing his full face (*soft launch alert*), so it looks like Siannise is happy to keep fans guessing! 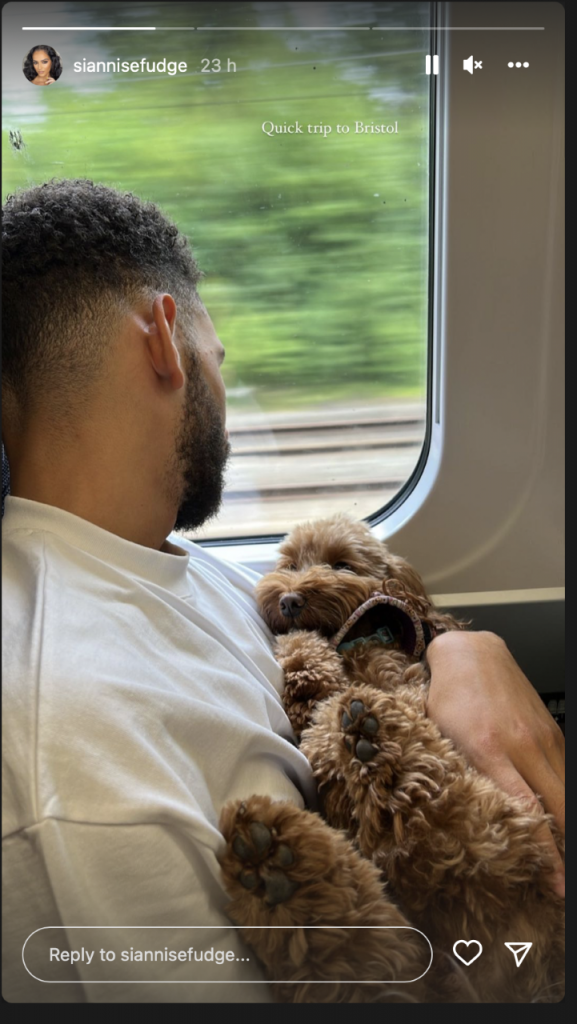 Siannise finished runner-up in the 2020 season of Winter Love Island alongside then partner Luke Trotman. The couple dated for nearly two years after meeting on the show but split in 2021 when fans noticed the pair had stopped posting pics of each other.

Luke T has since moved with new girlfriend, Chelsea Menna, making the relationship Instagram official back in July with a post captioned “Focused on the present moment ❤️‍🔥🤞”.