Everything you need to know about our first-ever InstaStars! 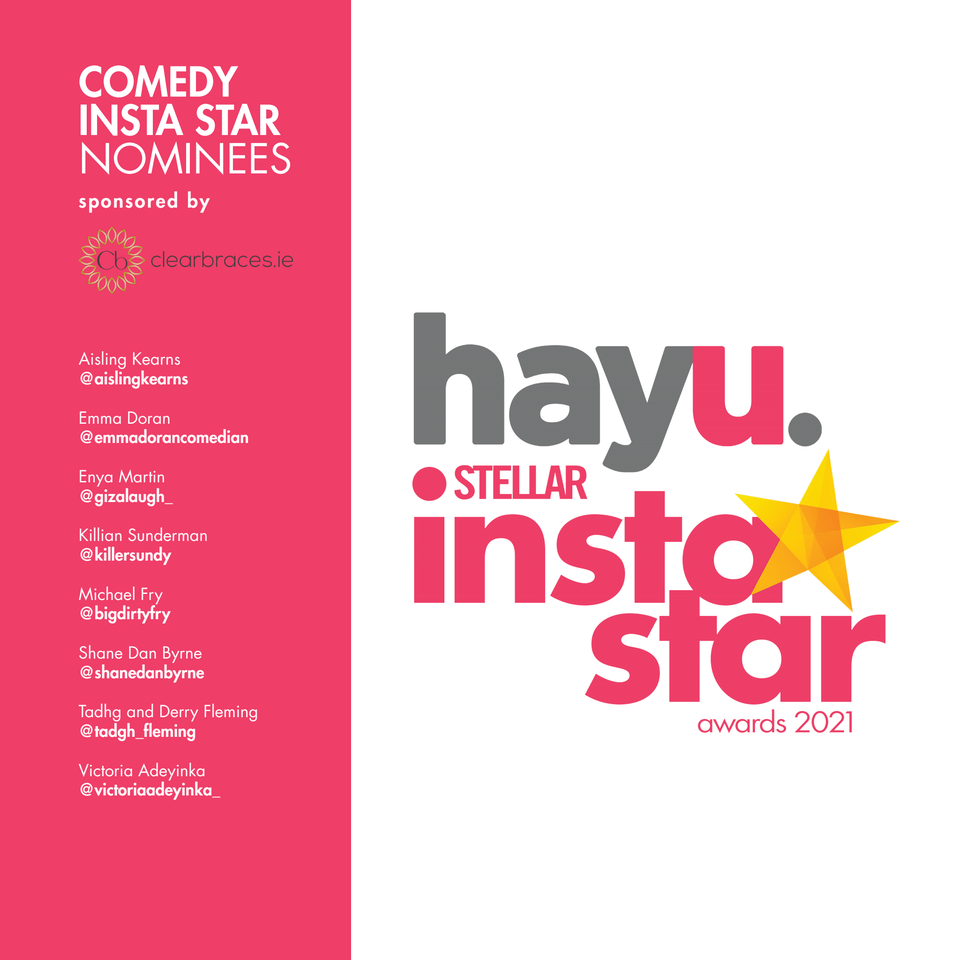 The hayu STELLAR InstaStar Awards 2021 will take place on Saturday, November 6th in The Alex Hotel in Dublin, and will honour the best and brightest in Irish content creation across the social media spectrum.

Yes, an actual IRL awards ceremony which is sure to be most glam and glitzy event of the year, with those in attendance coming from all aspects of the ‘gram, including beauty, fashion, podcasting, comedy, food and those who inspire us, to name just a few categories.

As I’m sure you’re aware of by now, the voting system is OPEN and we’ve been blown away by the response so far, but if you haven’t cast your vote yet or you want to know a little bit more about our nominees, over the next two weeks we’re going to introduce you to everyone nominated across all 10 categories, showing you why we think they’re InstaStars. 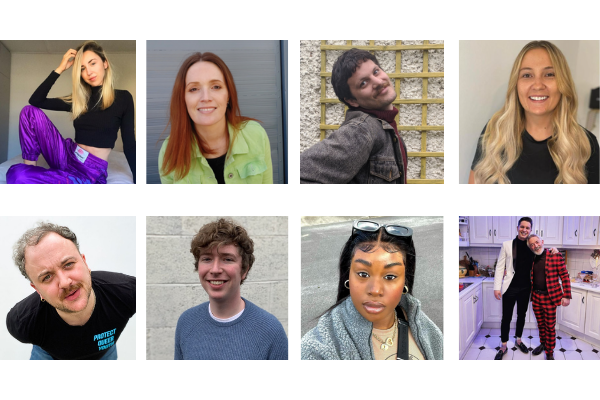 Now it’s time for us to turn our attention to the funny men and women in our comedy category, sponsored by Clearbraces.ie. From hilarious skits to gas commentary, they’re the people who’ve had us howling through the strangest times of our lives, and so it’s only right that we give them a very special thank you – sure, our group chats would be lost without them!

Known by the nation for her roles in Darklands and Outside, Aisling is taking her acting skills and applying them to the funniest comedy skits. Turning playing ‘the Irish Mammy’ into an art form, does she give us a fright sometimes with how accurate she sounds? Yes. Does she give us an even bigger fright when we realise that we too are turning into an Irish Mammy? Also very much yes.

This Dublin stand-up comedian is rising to the top of the Irish and UK circuit, and for good reason. Emma Doran is a podcaster, mother-of- three, and most importantly, hilarious. Keeping her content fresh and fun, if you’re looking for a funny take on anything from Love Island to Irish politics, Emma is always on hand.

Enya Martin, otherwise known as ‘gis a laugh’ absolutely lives up to her namesake, as give us a laugh she does indeed. Enya has been on the social media comedy scene for quite some time, starting out by creating sketches on her private Facebook account back in 2014, an outlet for her while she studied. Now, Enya is a seasoned pro, with 89k followers on Instagram and a rake of comedy gigs lined up for the stage, if there’s one to watch out for, it’s our Enya.

He had us howling through each and every lockdown over the last year. We would put money on it that Killian Sundermann aka ‘Killersundy’ graced every group chat up and down the country throughout 2020, and for good reason too. Taking a grim time and turning it into something to laugh about takes special skills, and boy does Killian possess them in bucketload.

Michael Fry, real name Michael Dinneen’s internet presence has gone from strength to strength over the last year. Best known for his hilarious fictional indie band covers, fans simply cannot get enough of the ‘big dirty fry’ and sure, can you blame them?

If it’s ‘laugh until you can’t breathe’ content you’re after, then Shane’s Instagram account is the place for you. Before taking social media by storm, Shane says that he was struggling to get noticed on the circuit, hustling for gigs and often hearing the word ‘no’. Now, he has grown an Instagram following of 31k, sold out Vicar Street, and played host to an RTE Player series – how’s that for a turnaround?

Having one funny person in your family? Plausible, having an entire family of comedians in their own right? Impossible surely! Well, apparently not if you’re part of the Fleming fam. Going viral way back when in 2017 sharing a video of his father trying to capture a bat that made its way into their house, Tadgh and co have been sharing videos of their gas antics since, and somehow, they just keep getting funnier.

She has more TikTok followers than some of Hollywood’s biggest stars. Victoria Adeyinka is best known for the comedy skits she posts on Instagram. Roasting her mam and secondary school teachers on the regular, no one is safe from her comedic wrath, but hey, she hasn’t got 15.4 million followers for nothing.

The countdown to our first annual InstaStar event is now on, so get voting and mark Saturday 6th November in your calendars!

While this is a glitzy, invite-only event, hayu and STELLAR are giving some lucky voters the chance to attend this very exclusive evening as a special guest, to mingle with their favourite social media stars and experience the glamour for themselves! So be sure to stay tuned for all of the details, either here or over on our Instagram!

​hayu is the home of reality TV – with over 8,000 episodes of your favourite reality shows available to stream and download, including: Below Deck, Keeping Up With the Kardashians, The Real Housewives, Million Dollar Listing and Vanderpump Rules. Complete box sets mean you can binge watch series from the start whilst avoiding FOMO with many new episodes available the same day as the US. So what are you wating for? Try for free now at hayu.com.