This could mean trouble for Dami and Indiyah! 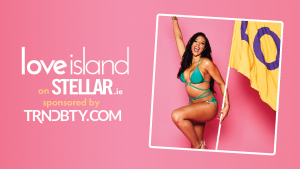 To say this summer’s Love Island has been dramatic…is well, an understatement to say the least.

With breakup, makeups, and more twists and turns than we can even keep track of.

But fans are thinking the biggest twist is yet to come, as they believe Amber Beckford might be returning to the villa.

Amber was eliminated earlier this week during a public vote. But the big twist being that Dami, who she was coupled up with, was about to tell her he had feelings for fellow islander Indiyah. Never getting the chance as she was forced to leave the villa.

Oh and making things more dramatic, eliminated with Amber, was Ikenna, who was basically Dami’s bestie and was in a couple with Indiyah.

So with Ikenna and Amber gone from the villa, Dami and Indiyah have coupled up, with the teaser for tonight’s episode showing the pair having a romantic date.

But considering the situation, fans aren’t convinced the producers will leave things so unfinished between Amber and Dami, guessing they might bring her back for a confrontation.

Taking to Reddit, fans are sharing their theories. With one person writing; “This Dami and Indiyah date on Sunday seems too perfect,”

“Is Amber still in London?”

This wouldn’t be the first time somebody was brought back into the villa for a confrontation.

With the Reddit user reminding everyone of season two, when Malin Andersson returned to the villa to confront Terry Walsh after he and Emma Woodham started seeing each other.

Fans loved the idea, with someone writing, “Yes, this season really has been giving series two vibes to me,” while another person said, “OMG imagine. I’d faint.”

However, Amber and Ikenna flew back to London three days ago, presumably to appear on After Sun tonight. Amber could always return sometime in the coming weeks, though. Or maybe flew back to Spain secretly?

Until then, lets hope we get all the goss from the pair on After Sun!