The 'Fantastic Four' are no more... 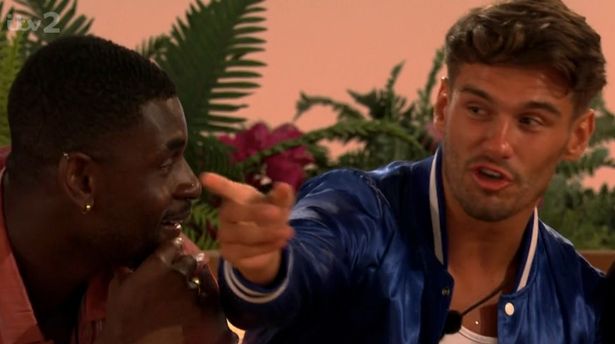 Dami Hope has hinted at a possible falling out with a fellow Love Island star Andrew Le Page in a new interview on Capital XTRA Breakfast show with Robert Bruce and Shayna Marie.

Dami and Andrew didn’t see eye to eye in the villa when it came to Andrew’s girlfriend Tasha. Dami and Luca Bish were accused of being too harsh on Tasha after comments that were made and the infamous pie challenge.

When asked if the lads had a chat of their own, Dami explained, “There’s a WhatsApp group chat with boys just ‘fantastic four’… Andrew, Luca, Jacques [and I], but I feel like Andrew’s probably like you know, separated himself so it’s like fantastic three…but it’s still fantastic four at heart, but you know the situation so…”

Fellow Islander Jaques O’Neill has recently come under fire after a video emerged of him alegedly mocking Tasha during the love Island final. Tasha and Andrew have both since unfollowed Jacques on Instagram and now it seems Andrew isn’t keen on keeping ties with the other boys in the villa much longer.

Jacques has since released a statement after the video emerged and other claims of ‘bullying’ were made, “I just want to acknowledge the situation that’s happening right now and apologise if my behaviour has caused offence or been misinterpreted over the last few weeks…” he said in part.

Tasha and Andrew both seem to be happily enjoying life outside the villa apart from the drama, with Tasha recently signing a big deal with Ebay pre-loved which sponsored this year’s show and celebrating her birthday over the weekend.

Andrew posted a sweer message for his girlfriend’s birthday saying, “HAPPY BIRTHDAY 🍾🎊⁣ Tasha Amber Ghouri happy birthday, you honestly deserve the world and I feel like the luckiest lad in the world to be celebrating it with you. ⁣
⁣
“I’m so proud of everything you’ve achieved in such a short space of time. You really are SO special and if I’m honest my inspiration. Tonight we celebrate you being you which if you didn’t know is the most beautiful, caring and loving girl on the planet. ⁣
⁣
“Hope you have the best day/night or whatever 😘⁣ I love you with my whole heart ❤️ @tashaghouri.”