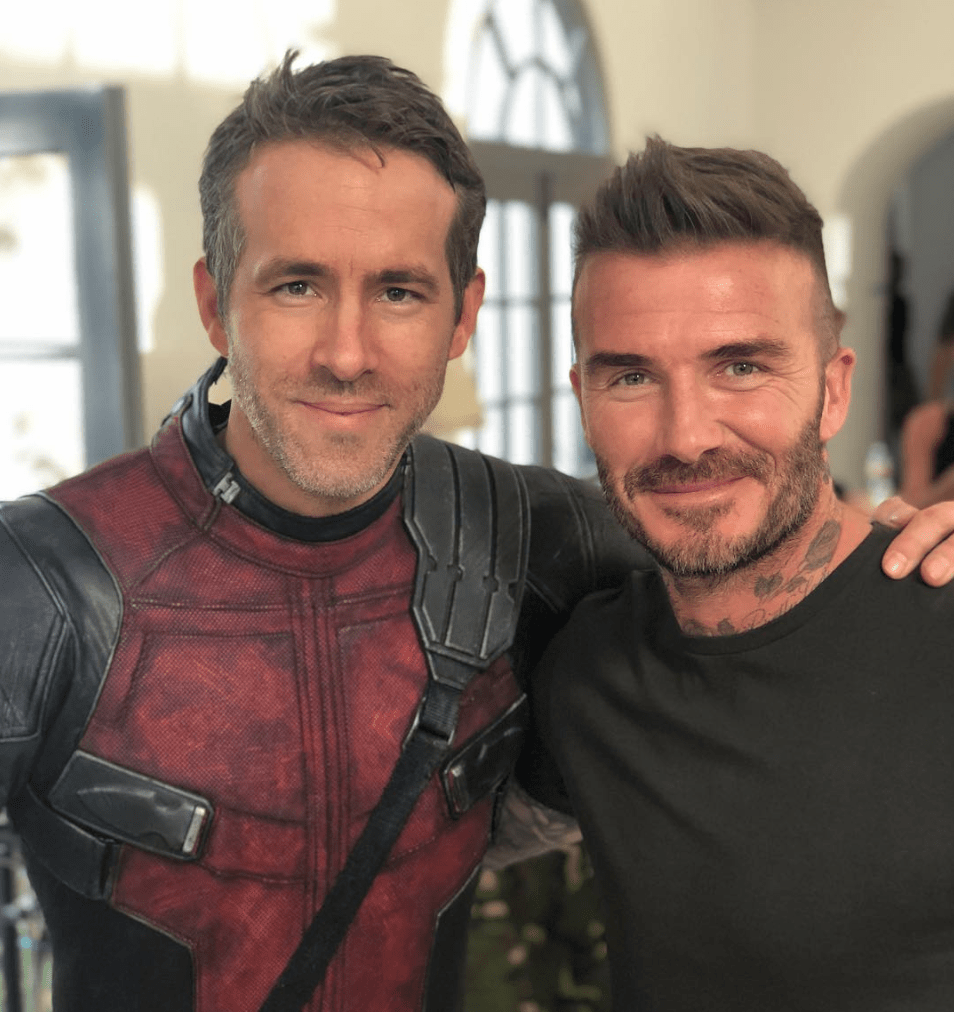 David Beckham and Ryan Reynolds have a bit of history.

In the first Deadpool film, Ryan’s anti-hero made fun of poor David’s accent – leading to this hilarious apology video:

Ever since then, they’ve been thick as thieves. Really. They love each other.

Ryan posted this picture of him “boiling alive” on the set of his new movie, sweating alongside a cameraman in a hot car, and David commented:

Takes one to know one, @davidbeckham. #CommentsByCelebs

God, you are handsome

He’s not wrong, is he? But Blake and Victoria, come collect your husbands.

Kerry Katona has been showing off the results of her ‘butt lift’ on Instagram.

The former popstar got a ‘non-surgical, non-invasive’ treatment on her bum, which basically amounts to being rubbed with a metal yoke until your skin looks a bit better? IDK.

Anyway, here is the after and before (or the before and after? Hard to tell, both bums look pretty much the same bar a few knicker lines):

Wow look at the difference!! @loulabelluk ???

Look, as long as it makes her happy.

Riverdale’s Lili Reinhart is having fun clapping back at people jealous of her relationship with co-star Cole Sprouse.

This tweet branding her a ‘cringey bitch’ caught her attention last night:

“She is so 2013 Tumblr. She probably tells him to touch her butt and buy her pizza” is quite the insult, isn’t it? But Lili had a little correction for them:

No no… I tell him to touch me ~everywhere~ and then we eat Chinese food. Get your facts straight, Emily. https://t.co/DNd8oBegMA

get some new chairs @buzzfeed!!!!! pic.twitter.com/RZAiu9Qq3V

She went to the Buzzfeed offices and failed spectacularly at sitting on a chair. It’s OK to laugh because she tweeted it first!