Weekend essentials ? jumpsuit Is @quizclothing ?? watch and bag from @abbottlyon ? (if you use zara20 you can get twenty percent off my bag which expires on 14th October and they even have two for one on watches tonight!) #ad ?

Zara was one of a number of female Love Island contestants who had nude photos of them shared without their consent, and appeared on Channel 5 News last night to discuss her ordeal.

My school found out that there were pictures being circulated of me that I had sent to a boy in my year. I was suspended due to my ‘behaviour’, and the boy got off lightly. It was one of the most embarrassing, humiliating, and horrible times of my life. No one wanted to be my friend… People would get the picture up on their phone and hold it against glass windows to humiliate me.

“Why did I do it in the first place? Because I wanted to be liked by someone. I always blamed myself and my choices for years,” she continued.

“For it to have happened a second time, this time by someone who I was seeing before I went into the villa, was just another blow… To anyone who us going through anything like what I went to, I want you to know that it DOES get better.”

Sarah Jessica Parker is dipping in to the Kim Cattrall feud again on Instagram. This will never die, will it?

In this case, she was responding to a totally random comment that had nothing to do with her post – the commenter asked her to replace or write out Samantha for a new Sex and the City movie, and SJP said:

Not sure I can imagine doing another movie without her. X

Ugh can’t we all just get along. #CommentsByCelebs

People, this fabled SATC3 movie is NOT. HAPPENING. Let it go. Let it go. 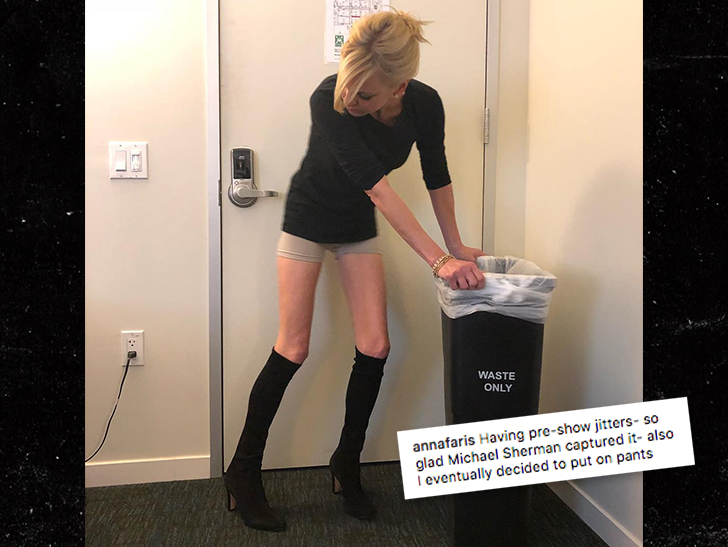 Anna Faris was forced to delete a photo of herself after her followers piled on to tell her she was ‘too skinny’.

In a light-hearted post about ‘pre-show jitters’, Anna can be seen gripping a bin in her underwear – according to TMZ, the photo was up for about 15 minutes before the actress decided to take it down again.

Commenters told her to ‘eat’ and that the picture was a ‘cry for help’, while others did the old ‘as long as you’re healthy’ concern-trolling. #StopCommentingOnWomen’sBodies2018, thanks.

This morning on This Morning, Holly is celebrating the show’s 30th birthday in a dress that costs most of your rent. They’re not going to like that in the comments, are they? They haven’t twigged it yet, though. That’s right Holly, distract them with birthday tidings and they won’t realise you’re not being 100% relatable. Very clever.