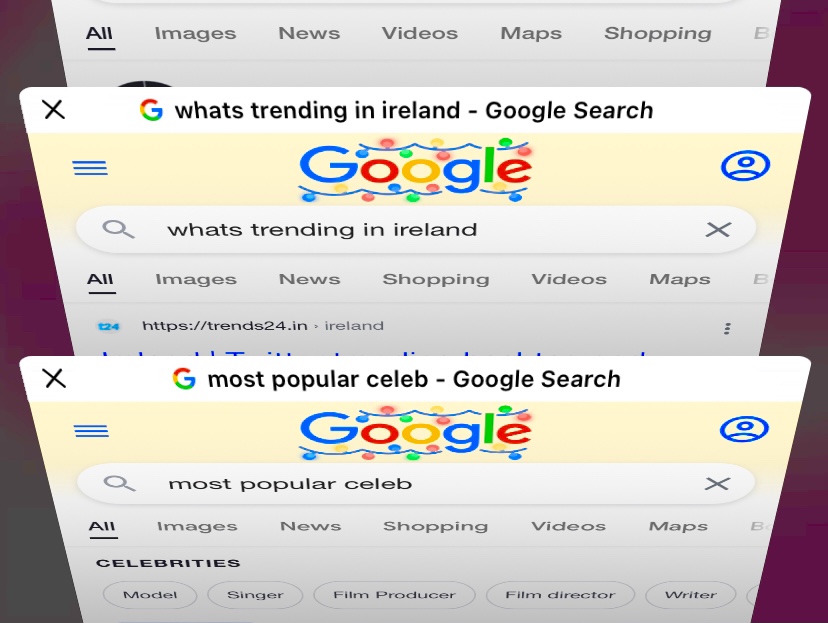 2021 has been a bit of a mad year, and even though we were stuck inside for most of it, a lot still happened. So, what were we doing, talking about, going, watching, listening to, and looking at? What was going on?

Well, Google just released their most popular searches of the year, and it’s a pretty good guide to 2021. Although there were a few surprises in there, like the most searched style star.

So who really captured 2021’s style? Bella Hadid? No, Zendaya? Nope, Rihanna? Uh uh, this year, that honour went to none other than Mr Adam Sandler.

Many were shocked at this result, as Adam beat out some big fashion names like Britney Spears, who placed second, Doja Cat, who came fifth and Harry Styles, who came sixth. While he has never been to the Met Gala, his outfits have gone viral recently, after he had to wait for a table at a restaurant because he didn’t look like a star in his baggy shorts and hoodie.

While Sandler was a shock, others made a little more sense. Like the most searched person in Ireland being Christian Eriksen, a Danish professional footballer – makes sense considering the most Googled thing in Ireland was the European Football Championship.

So we’re a sporty country. Well, some of us are… can’t really relate, honestly.

When it comes to entertainment, Bridgerton captured the hearts of Ireland, being the most searched show. Followed by Squid Games in second place, Love Island in third slot, Eurovision in fourth and Mare of Easttown in fifth.

Måneskin wasn’t the only music we were listening to. Newcomer Olivia Rodrigo’s song Drivers License was the most googled song global. It’s already impressive, but even more so when you remember that it was the first song of her debut album.

MONTERO (Call Me by Your Name) by Lil Nas X took the second spot. Considering how popular the song and music video was and how talented Lil Nas X is, this doesn’t come as much of a surprise.

Drivers Licence wasn’t the only song of Olivia’s to reach the top ten. So did good 4 u, her third single of Sour. It came in sixth.

While Marvel’s Shang-Chi and The Legend of The Ten Rings starring Simu Liu and Awkwafina came in fourth. So it seems the superheroes are winning.

But what’s a film without snacks?

Ireland was definitely a snacky country, and this year it was all about the sweet treats. This year’s most-searched recipes were pancakes at number one, waffles in second place, and a savoury shepherd’s pie in the third spot.

How many of these did you search?