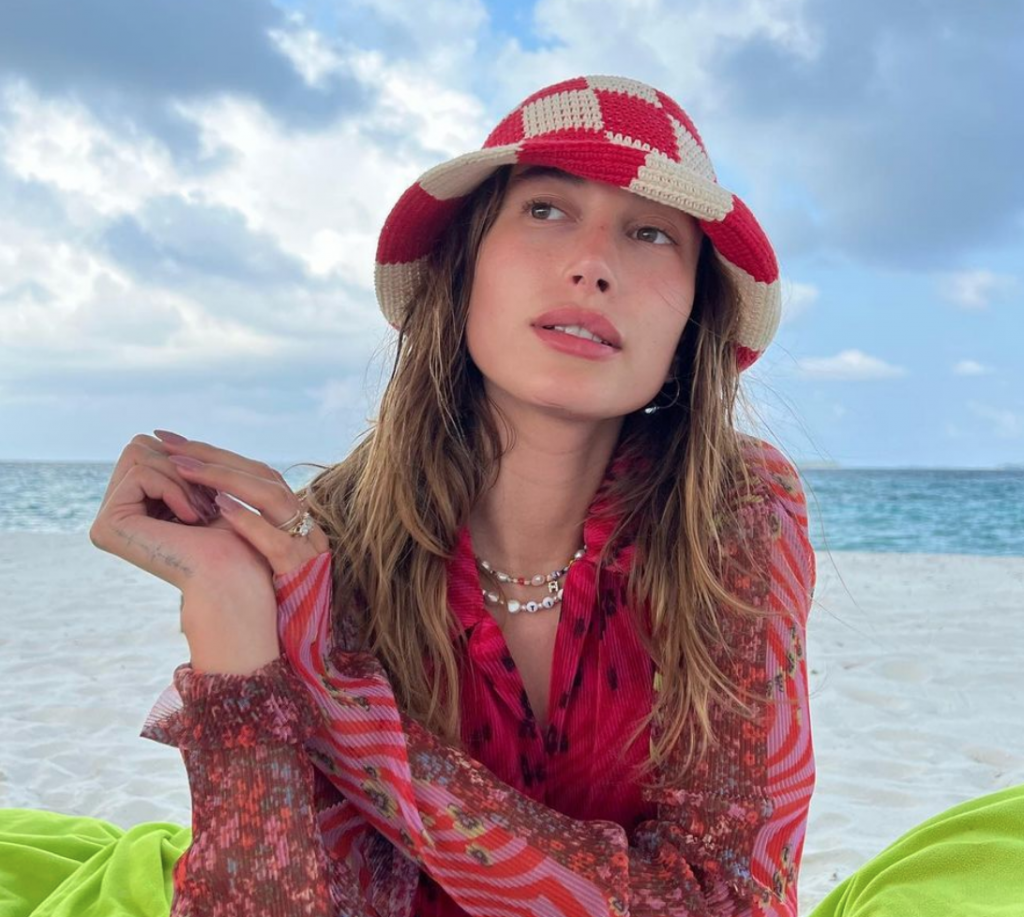 We have been patiently waiting for Rhode to launch since Hailey has been drip feeding us clues for quite a while now, but it looks like we are FINALLY getting closer, we hope.

Rhode is the name of Hailey’s new company, which is believed to be a beauty, skincare and wellness brand.

In a new TikTok on her account, we spotted some shady emoji’s which have us believing that it was a promo shoot for Rhode.

@haileybieber👀🍩✨✨✨✨♬ The Less I Know The Better – Tame Impala

If so, it looks like ‘glazed donut skin’ is what she’s going for with the products she’s wearing and boy does she look glazed.

Not only this but one of her recent Instagram posts had a reference to the glazed donut look and the year 2022, so finally it’s coming this year guys!

During a Q&A on her YouTube channel in November, she responded to a question from her comments which said:

“WHEN ARE WE GETTING RHODE?”

She smiled before sharing:

“OK, I’m not gonna be shady about it. Rhode has been in the works for a very long time, and it is getting so close. It is coming in 2022, and I’m very, very excited.”

She then added: “That’s all I can say for now.”

The model then quickly moved on to more questions about modelling, fears and the role models in her life.

Previously, Hailey gave us some details about Rhode during her chat with Demi Lovato on their podcast, ‘4D with Demi’.

Okay we love the guessing game Hailey but give us the products!