Jennifer Aniston Just Opened Up About Her Divorce From Brad Pitt

"Well, I got a divorce and went into therapy." 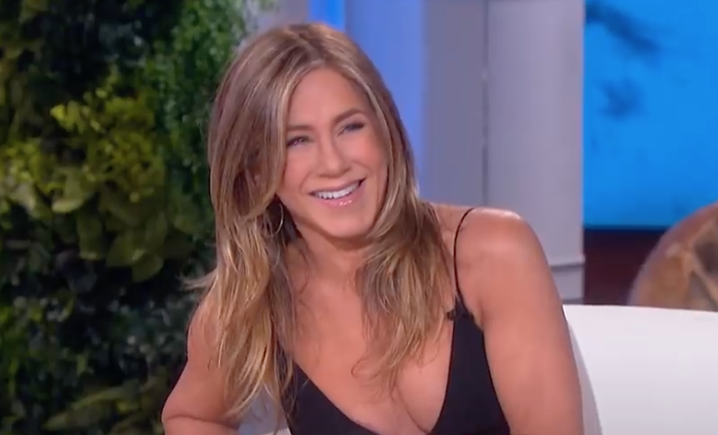 In a truly full circle moment Jen and Ellen took to the arm chairs to chat away and reminisce about times of the past, with Ellen pointing out that Jen had been on the show 20 times in the 19 seasons.

During her final interview on the show Jennifer made a rare comment about her divorce from Brad Pitt, which swept the headlines in the early 2000’s. When Ellen asked how the actress coped with the end of her iconic sitcom Friends, Jen explained that at the time, endings were a new concept for her.

“Well, I got a divorce and went into therapy. Oh! And then I did a movie called The Break-Up. I just kinda leaned into the end.

“I just was like, ‘You know what, guys? Let’s make this a completely new chapter. Let’s just end everything and start new.’ It worked great.”

Brad and Jen were truly Hollywood’s golden couple when they tied the knot in 2000, but their marriage came to a messy end back in 2005, just months after Brad met Angelina Jolie on the set of Mr and Mrs Smith.

Speaking of endings, Jennifer proceeded to ask Ellen what her plans were once her own show ended, adding the disclaimer that she doesn’t expect her to divorce her wife Portia. Ellen responded, “I just know I want to lay low for a little while, I want to rest and then I’ll do something again but I don’t know what yet.”

The host asked Jennifer for any suggesetions on what she should do after her break and the actress suggested she return to stand-up comedy, which Ellen seemed to like the idea of.