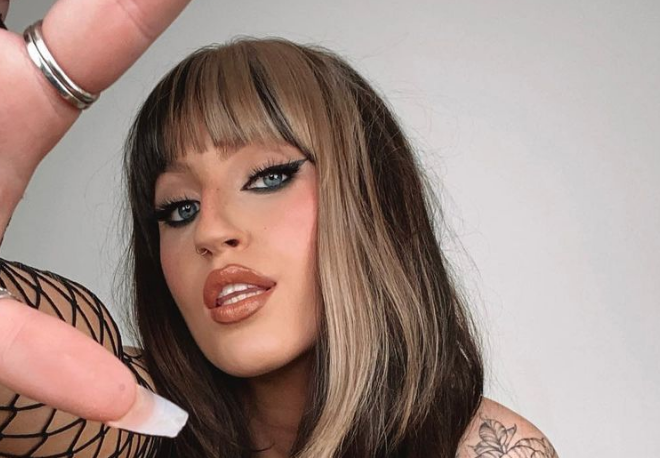 Keilidh Cashell was the guest judge on this weeks episode of Glow Up Ireland and she did not disappoint. The makeup artist and queen of TikTok was there to judge a TikTok beauty challenge that had the contestants bringing out their creative sides in different ways.

Glow Up Ireland is a series looking for Ireland’s next top makeup star. The contestants face a series of challenges each week to show their skills and hope to impress the judges enough to proceed into the next round (it’s giving America’s Next Top Model vibes but with makeup and in Ireland so we LOVE).

This appearance was Keilidh’s television debut and she took to Instagram to do a Q&A and fill fans in on all the behind-the-scenes details.

When asked if she remembered her lines she said, “No, I did not. This is the thing, if something sounds scripted on TV, it’s probably because you’ve had to say it like ten times over because you keep messing up a word, yeah, that’s me”.

How did she feel about the challenge that was set?

“We had a few different ideas thrown around and this is the one that we landed on. I’m laughing though, because it really was a challenge and I’m sitting there judging them thinking, if I had to do this I’d be sh**ting myself.”

We love her honesty!

Another fan asked if she would have entered the show herself if it was around when she was a budding makeup artist, “One hundred percent I would have. Now, baby Keilidh would have been a lot more shy, I probably wouldn’t have spoken, at all. But it’s such an amazing opportunity I just know I wouldn’t have been able to pass it up,” she said.

We don’t know about you, but we loved seeing two successful Irish women on TV together, Keilidh and Maura Higgins were a duo we didn’t know we needed.

Keilidh had nothing but nice things to say about the host, “Maura’s lovely, we didn’t get to chat too much because we were working on set. I cannot even tell you how flat out it is, and I was only there for like a day, Never-mind Maura and the rest of the contestants who were there for like three weeks”.

From watching the show it’s clear to see the immense talent amongst the group, so picking a winner at this point seems near, impossible. One follower asked Keilidh who she thinks is the dark horse in the competition.

She said; “Honestly it’s anyone’s game still. This is the thing I love about Glow Up, makeup artists can be so niche, we can either do makeup on ourselves or maybe we’re better at doing makeup on others or special effects makeup or theatrical…In Glow Up they do everything.

“Every single artist in there will be tested multiple times during it. You really can’t call it, it’s just about the makeup artist who comes out on top who can handle everything.”

In this week’s episode we said goodbye to contestant Leah Mua leaving nine contestants in the running to take the title.

The show continues next Thursday at 9:30 on RTE 2.

If you love Glow Up and all things makeup, definitely check out our STELLAR podcast where they had the name first hehe, for all things beauty and chats!