Kendall Jenner And Devin Booker Spotted Together Days After Split 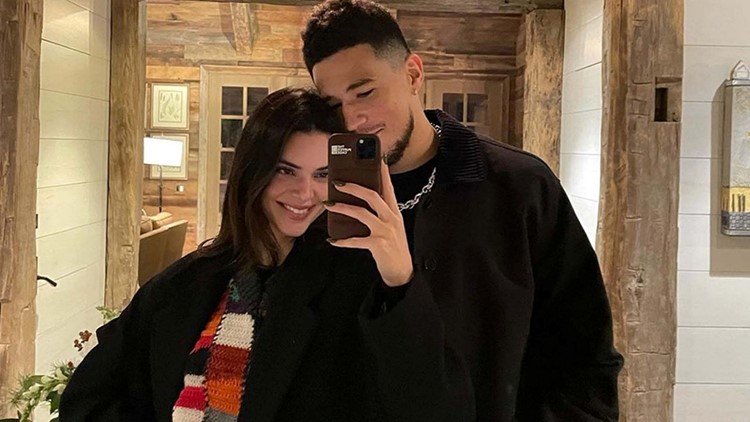 Maybe they are back on?!

Kendall Jenner and Devin Booker have been spotted being very cute just days after E! News confirmed their breakup. The pair were photographed at Soho House in Malibu enjoying each other’s company.

In the snaps we can see Kendall smiling up at Devin and an eye witness told E! News the pair “had great energy between them”.

“They shared things on their phones and laughed,” they continued.

Last week, a source close to Kendall told E! News that, “Kendall and Devin hit a rough patch recently and have been split for about a week and a half.”

The couple attended Kourtney Kardashian and Travis Barker’s wedding together in May and although the source said they had a “nice time” at the Italian celebrations, “Once they got back, they started to feel like they weren’t aligned and realized they have very different lifestyles” they continued.

At the time the source said, “They both hope to make it work, but as of now, they are split.” So hopefully this is them working it out!

The pair first sparked romance rumours in April 2020 but waited until February 2021 to go Instagram official with sweet Valentine’s Day posts. Ever since then we have seen a few, but not too many inside looks at the relationship though Instagram pictures and snaps from Kourtney’s wedding.

Devin has never made it onto The Kardashians, as Kendall  has previously said she learned from her sisters that keeping relationships off camera might be the best thing for her. We will have to wait and see if any of it makes it on to the show!

We will keep an eye on these two for now, hopefully this is their happily ever after!