Kim Kardashian Just Gushed Over Taylor Swift’s Music: Is The Feud Over? 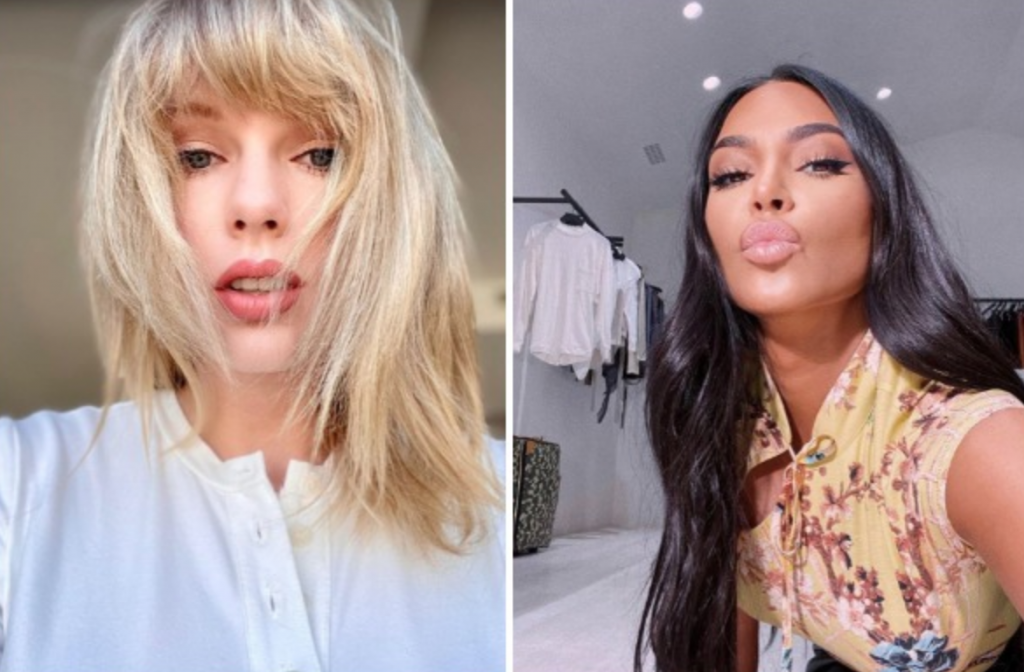 2016…Who could forget the now-famous battle between Taylor Swift, and Kanye West and Kim Kardashian? It took over the internet, pretty much led to all of Hollywood taking sides, and pitted fandom against fandom.

Eventually, though, things calmed down, if slightly, and the drama only reared its head every once in a while over the past 5 years.

But is it possible, could the feud actually be…over?

A bold statement, we know, but there is some evidence pointing to reconciliation between Kim and Taylor. During an episode of the Honestly With Bari Weiss podcast, Kim was asked what her favourite Taylor song was.

She responded with, “I really like a lot of her songs, they’re all super cute and catchy. I’d have to look in my phone to get a name. ”

This isn’t the first hint we got about Kim’s feelings cooling off, but it’s definitely the most obvious.

Back in November 2019, Kim posted a video to her Instagram story of her BTS at a photo shoot. And what music was playing in the background? None other than Taylor Swift’s Lover. Interesting but not a clear sign of a makeup between the pair. After all, Kim might not have chosen the music for the shoot.

Then back in March of this year, Kim posted a video of herself watching Netflix’s sensation Bridgerton. The clip she posted was one with Taylor’s Wildest Dreams playing in the background. But even then, she was praising the show, not Tay.

But now Kim is making her feeling clear(ish) and praising Taylor’s music.

For those who don’t remember the feud, allow us to break it all down for you. Back in 2009 (yes, we’re going back to the very VERY start) Taylor won a VMA, and Kanye ran on stage, took the microphone, and implied Beyonce deserved the award instead of Taylor.

This caused a bit of awkwardness through the years, but they both moved on with their lives, and Kanye married Kim. And then, in 2015, Taylor and Kanye reconciled with Kanye sending Taylor flowers. And Taylor, even presenting him with a VMA that year and making a joke referencing his speech in 2009.

So everyone is happy and getting along…yeah, it doesn’t last. 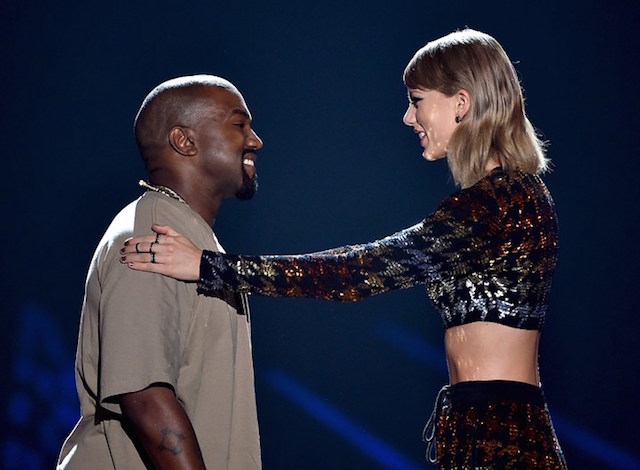 In 2016, Kanye released his song Famous with the lyrics, “I feel like me and Taylor might still have sex. Why? I made that b*tch famous.” Taylor’s team released a statement saying, “Kanye did not call for approval, but to ask Taylor to release his single ‘Famous’ on her Twitter account. She declined and cautioned him about releasing a song with such a strong misogynistic message. Taylor was never made aware of the actual lyric, ‘I made that b*tch famous.'”

Kim then does an interview claiming Taylor was aware of the song, had been called in advance and told about the lyrics, and Taylor was simply throwing Kanye under the bus and playing the victim. Then, later on, the same year, Kim released the now infamous recording of a phone between Kanye and Taylor. 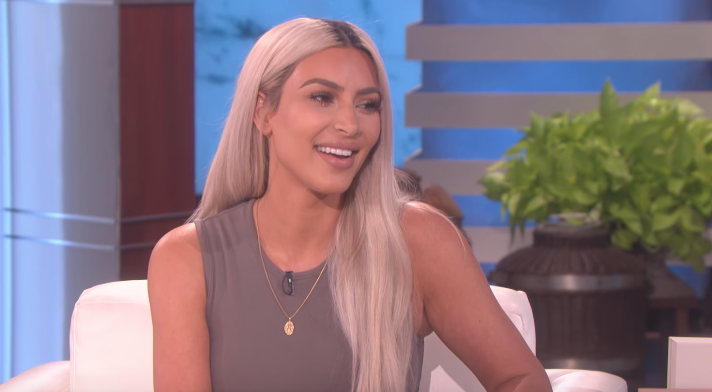 In Kim’s clip, Kanye tells Taylor about a lyric, “I feel like Taylor Swift might owe me sex.” After which Taylor approves says it’s not mean. Taylor then took to Twitter to explain that he hadn’t told her about the lyric, “I made that b*tch famous.” And claimed Kim and Kanye were trying to paint her as the villain.

By 2019 things had calmed, and Kim was asked about the beef between her and Taylor. She explains that they haven’t reconciled, but she’s over it and considers the beef “squashed.”

Then March 2020 happens, and an extended version of the 2016 leaked clip is released. In it, Taylor was asked to promote Kanye’s song, is told the lyric “I feel like Taylor Swift might owe me sex” and after says that she was worried that he would call her “that stupid dumb bi—,”

Both Kim and Taylor released statements after the 2020 leak. Taylor addressed the video but encourage fans to focus on something else and donate to the World Health Organisation and Feeding America donation pages to aid coronavirus relief efforts. 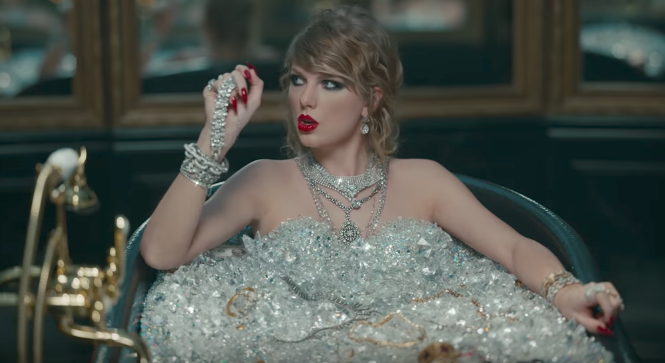 Kim’s statement calls Taylor self-serving for drawing attention to the unedited clip and taking attention away from the pandemic while denying she edited the original footage.

Then in September 2020 Kanye, tweeted that he was going to help Taylor in her battle to own her masters. However, Taylor never responds.

So considering the LONG and complicated history of Kim and Taylor, it seems like those compliments are a big deal.