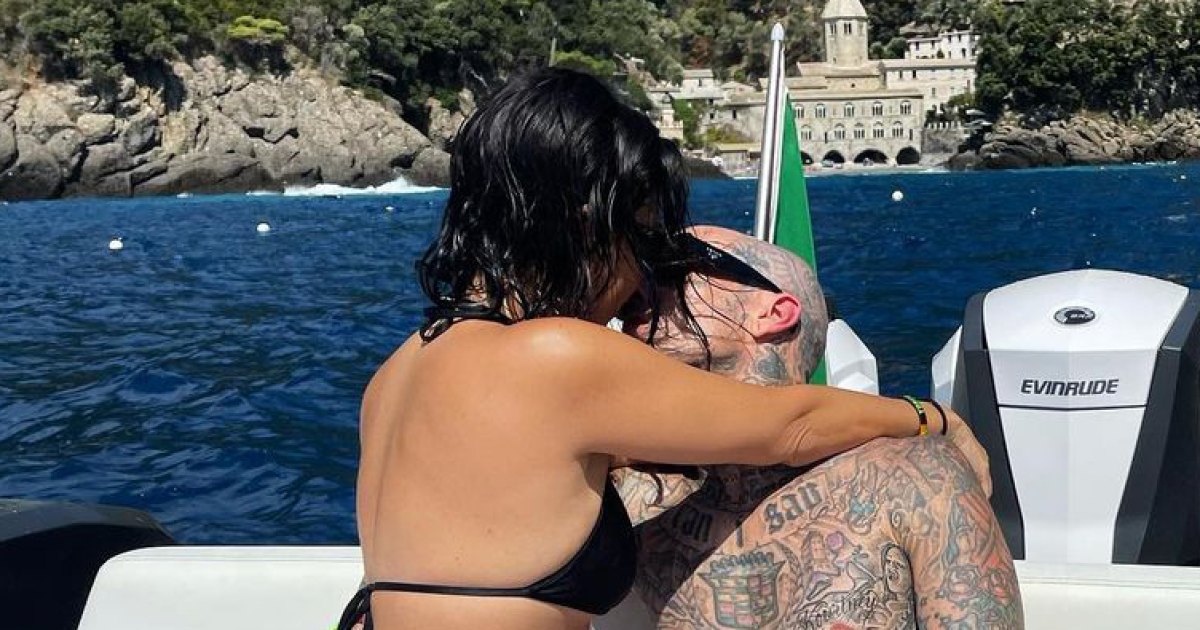 Kourtney Kardashian and Travis Barker just made their first red-carpet debut as a couple, and fans just got a liiitle more than they bargained for.

Their PDA game was strong, as expected, and Kourtney even called Travis her ‘future baby daddy’ on the night too.

The couple walked the carpet in their usual all-black attire, with Travis in a black suit and no shirt combo, and Kourtney in an off-the-shoulder black leather mini dress with lace-up details. However, while the two posed and kissed for the cameras, it wasn’t their carpet antics that has people talking, but rather Kourtney introduction of her boyfriend instead.

Give it up for @machinegunkelly & @travisbarker 👏 #VMAs pic.twitter.com/mdwPU7NDad

Standing alongside Megan Fox, Kourt and Megan introduced their mens as they put on a performance, in the speech Megan and Kourtney said:

“New York, I need you to get extra loud for our future baby daddies. Machine Gun Kelly and Travis Barker”

Woop there it is. 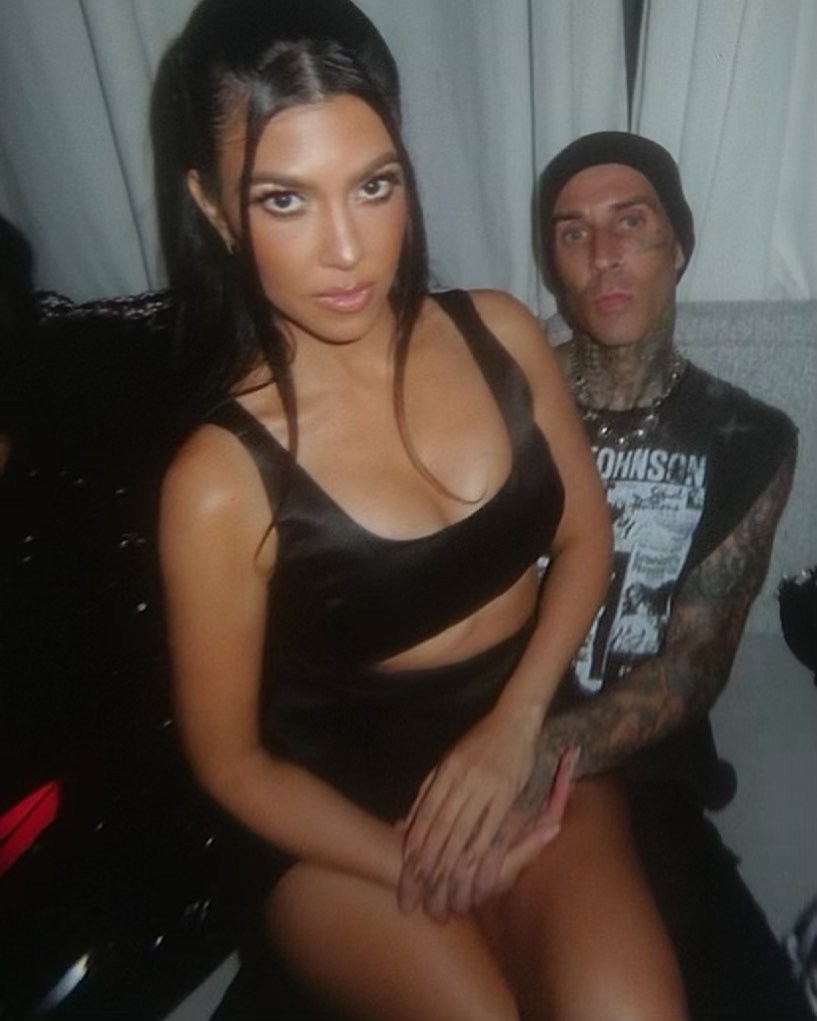 It doesn’t exactly come as a huge surprise to anyone, as Kourt and Travis have been sharing their love for one another from day dot. Most recently the pair enjoyed a romantic trip abroad, kissing their way all-around Italy and Paris, the first time Travis had been on an airplane since a tragic accident 13 years ago.

Kourtney and Travis share 5 children between them, Kourtney’s three children Mason, Penelope, and Reign, and Travis’ Landon and Alabama. Sounds like the fam is about to grow even more!