They are still very loved-up!

Momager supreme and monarch of the Kardashian-Jenners Kris is celebrating her eighth anniversary with boyfriend Corey Gamble and she has shared some adorable pictures to Instagram for the occasion.

Kris wrote a sweet message to Corey on her Instagram story saying, “Happy anniversary to the most amazing man @coreygamble!! I can’t believe it’s been 8 years!!! I love you babe!” 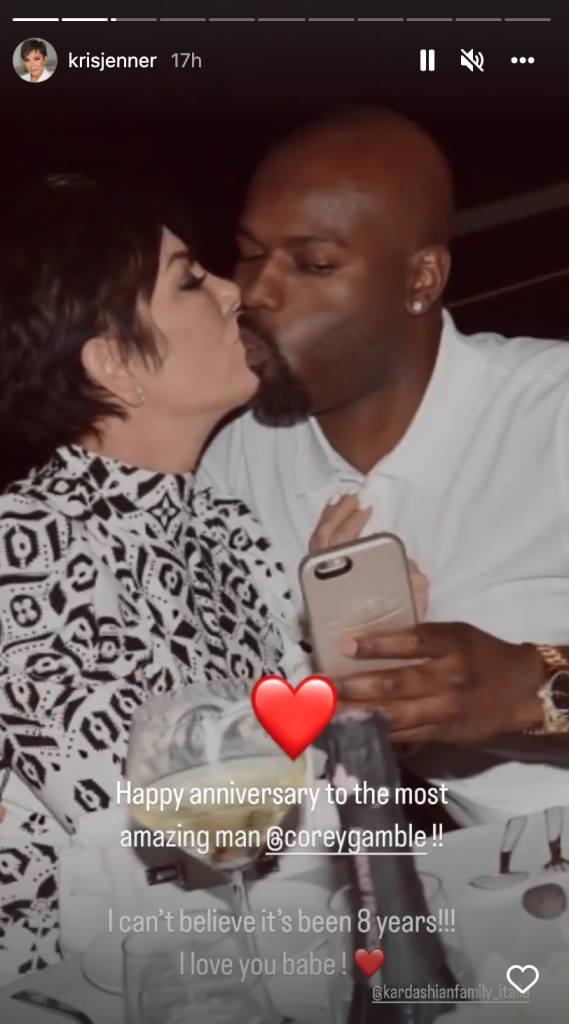 While Corey wrote, “Happy anniversary bab.” And shared some cute snaps of the pair together.

Kris and Corey have been together since around 2014 when they met at a party Ye threw in Ibiza. They never exactly confirmed their relationship at the time, but later that year, Corey joined the KarJenner family for a trip to Las Vegas.

The first official confirmation then came in 2015. Corey shared a pic to IG of him and Kris on a double date with Tish and Billy Ray Cyrus. Since then, the pair have been going strong, with Corey often appearing on KUWTK. 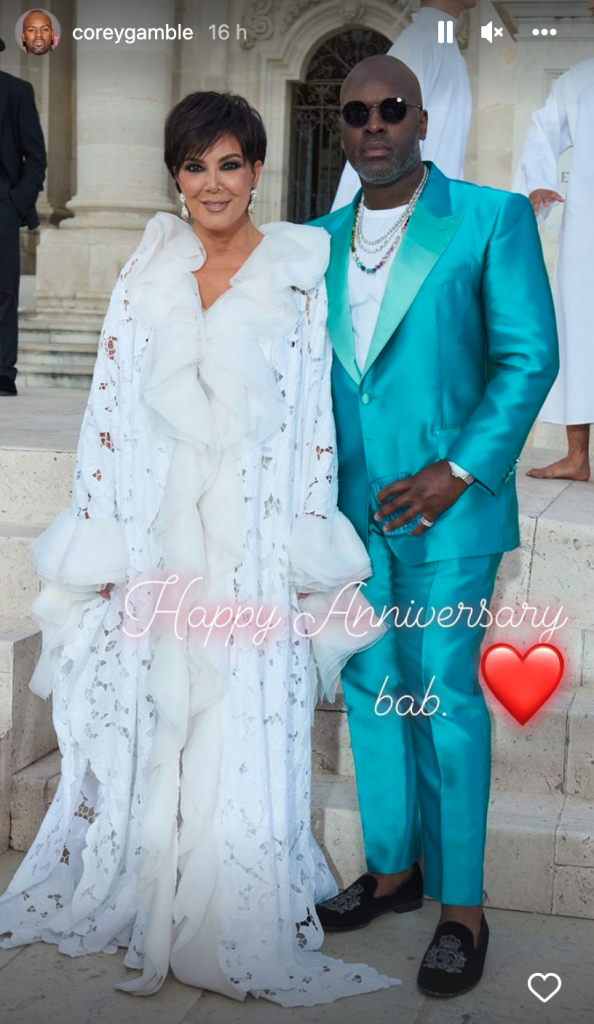 The couple faced some rumoured turbulence last year when Kanye West made some shocking statements about Corey and Kris on Instagram.

Ye said, “God has a plan to remove the Godless Corey needed to never be here anyway, And I think he’s a nice person Not a great person A nice person who used to be around Puff’s family then got around Justin Bieber and then when Kris got divorced he slid in.”

Continuing in Ye manner, the rapper threw more shade towards Corey, before an outpour of love for the grandmother of his four children, Kris Jenner.

“I love Kris this woman is a hero and she’s done what she’s had to do to protect her family and make sure they prosper even if it meant telling everyone not to listen to me I respect her grind her hustle and her mind Kris is one of the best to ever do it.”

But the couple didn’t acknowledge these statements too much and are clearly still very much in love. We even saw Khloe ask Kris if she is secretly married to Corey during an episode of The Kardashians (her answer was no).

Who knows if wedding bells are down the line for these two, but as long as they are happy that’s all that counts, happy anniversary Kris and Corey!