The rapper gave a shoutout to his “wife” Megan Fox before begining his performance at the awards show, although the couple are engaged, we haven’t heard that they have tied the knoty just yet, perhaps MGK just prefers the title wife to fiancée? Or maybe they married in secret…

According to E! News, an eye-witness said when the W word was uttered, “People in the audience turned to each other perplexed and said, ‘Wife?'”

Half-way through the song, MGK said, “And this is for our unborn child,” before continuing. This got a few heads turning as he has started the rumour that the pair are expanding their family.

The couple are no stranger to affection and couldn’t even wait to get out of their outfits before getting it on! Megan posted a screenshot of a text she presumably sent to stylist Maeve letting her know they had to make a slight “adjustment” to the look… 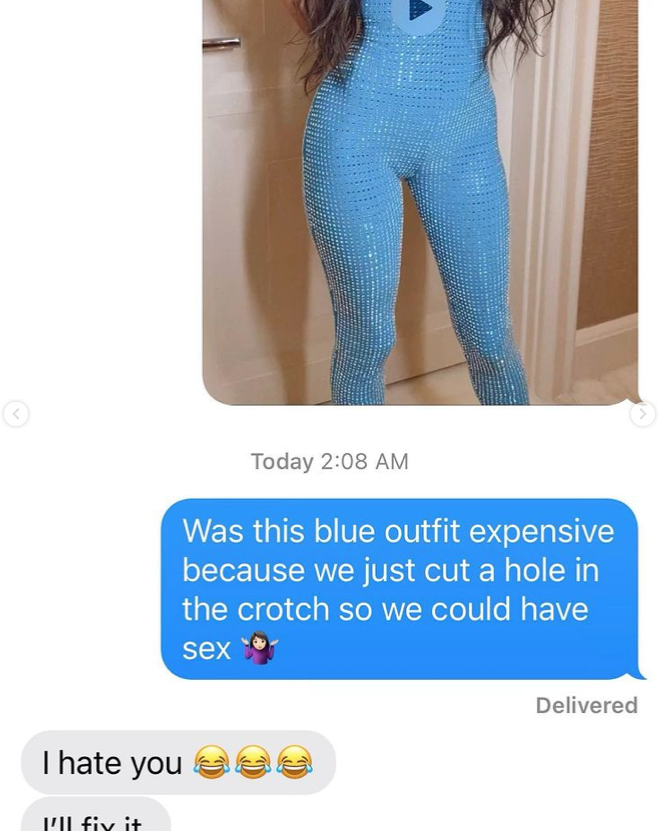 Although the pair may be using the term wife already, they are still planning an over-the-top event for their big day. Speaking to Live From E! he said that their wedding will be “weird” and “completely out of the box.”

Although he says his soon-to-be wife is a “genius” he said he is also putting his stamp on the big day, “I’ll throw the reel out really far, and then she’ll reel it back in when it’s too far.”

We have no doubt their wedding will be anything short of over-the-top, Megan recently revealed they often take part in rituals where they drink each other’s blood…

In an interview with Glamour, she clarified the process a little more saying, “Yeah. So, I guess to drink each other’s blood might mislead people or people are imagining us with goblets and we’re like Game of Thrones, drinking each other’s blood.

“It’s just a few drops, but yes, we do consume each other’s blood on occasion for ritual purposes only.

“I’m much more controlled. I read tarot cards and I’m into astrology and I’m doing all these metaphysical practices and meditations. And I do rituals on new moons and full moons, and all these things. And so, when I do it, it’s a passage or it is used for a reason.

“And it is controlled where it’s like, ‘Let’s shed a few drops of blood and each drink it.’ He’s much more haphazard and hectic and chaotic, where he’s willing to just cut his chest open with broken glass and be like, ‘Take my soul.’”

…Roll on the wedding day!