Why Did Nicola Peltz Cut Brooklyn Out Of Her Movie?

"He sat there, in the editing room, he was like ‘Did you really just cut me out while I’m sitting here?’" Nicola Peltz has opened up about a recent movie that she wrote, admitting that she had to cut her husband Brooklyn Beckham from it.

This was set to be Brooklyn’s acting debut.

Nicola not only wrote, but also directed and starred in the movie that she says she created when she was 23. Titled ‘Lola James’, the film tells the story of a 19-year-old girl who leaves her ‘toxic’ home after saving money to flee. While making a better life for herself and her younger brother Arlo, Lola finds herself in a dark place, with a drug addiction threatening to bring her down.

The film is generally American based, with American actors, and so Nicola made the decision to cut her husband from the film due to his non-American accent.

Telling The Times how things went down, she said:

“I directed a film last year that I wrote when I was 23 [Lola James] and Brooklyn is still mad at me, but he was like, ‘Can I be in your movie?’ And I was like oh my gosh, I would be honoured, but we have to disguise you”

“Obviously he’s covered in tattoos and he’s British. So he did a few parts in the background, which if you pay attention, you can find him, but in one scene he’s like ‘Can I put the mic on, I wanna say a line?” 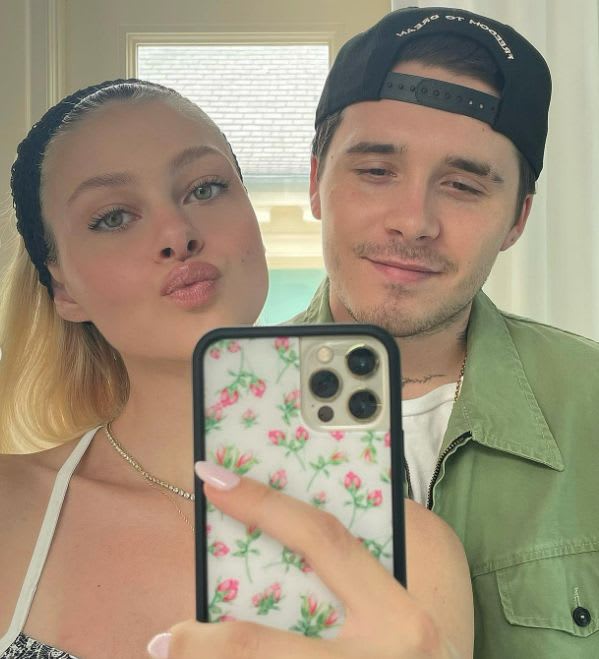 Continuing on, she added:

“I ended up cutting him out! He sat there, in the editing room, he was like ‘Did you really just cut me out while I’m sitting here?’ I was like, ‘Yes I love you so much!”

Although Brooklyn doesn’t have a speaking part in the film any more, we will still see him as an extra in the background.

There is no release date as of yet.