Are These ‘You’ Stars Actually An Item IRL? 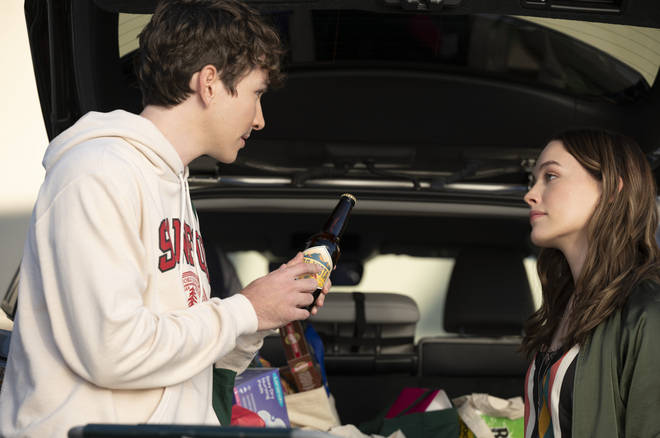 Already binged your way through season three of You? I got through it in a weekend, and to be fair, it’s pretty easily done.

But if you haven’t finished season three yet, or even started season one – then be aware as there are spoilers ahead!

The latest season brought it all kinds of chaotic energy, and when I say chaotic I mean, well, plenty of murderous tendencies.

We saw Joe and Love move out to the suburbs to begin a ‘normal life’ with their son, Henry. Joe soon became obsessed with his colleague Marienne (shocking horror), while Love began an affair with her teenage neighbour Theo.

As it turns out, it seems Love and Theo may have hit it off together off-screen too. Rumour has it that Victoria Pedretti, who plays Love, and Dylan Arnold, who played the role of Theo may now be an item.

While their relationship is far from ideal on screen, we can’t help rooting for the pair in real life.

Journal shared the news, claiming that it has been confirmed by a source close to the pair – while also confirming that the age gap we saw on screen is nothing to be concerned about.

Taking to Instagram, they wrote: “Hey YOU – sources are claiming that Victoria Pedretti and Dylan Arnold are dating!” They wrote. “And don’t worry, he’s actually OLDER than her IRL.”

Already, plenty of fans are here for the relationship, with one commenting “I would low key love this,”, while another added, “They had AMAZING chemistry on You”.

Neither Victoria or Dylan have commented on anything just yet, but we’ll be sure to keep you updated.

Recently, we also found out that Victoria almost played a very different character in the hit series.

Speaking to Byrdie, Victoria revealed that she had first auditioned for the role of Beck in season one of You.

“I auditioned for Beck during my first time in LA while I was showcasing with my university,” she explained, “I got pretty far in the audition process. It was the furthest I had ever gotten in an audition process.”