Insta Creep: Meghan Markle’s BFF Has Called Out The ‘Racist Bullies’ Criticising Her… 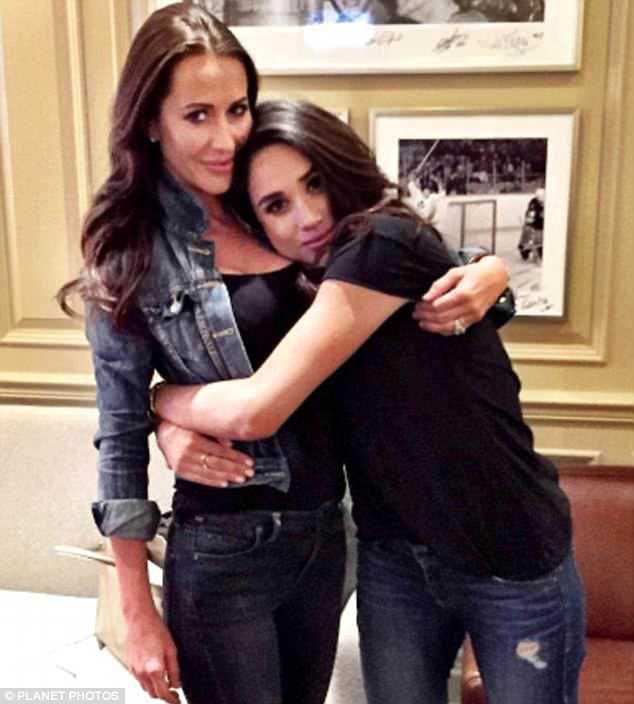 Meghan Markle’s friend Jessica Mulroney is speaking out against the ‘undeserved hate and abuse’ her pal has been subjected to.

Celebrity stylist Jessica, whose children were bridesmaids and page boys at the royal wedding, has seemingly had enough of the hate directed at Meghan – most recently due to the controversy over the royal couple’s use of Elton John’s private jet.

She shared this tweet from Jameela Jamil on her Story:

Then followed it up with a post expressing her own thoughts on the matter, along with the caption: “Three years of undeserved hate and abuse. It’s enough.”

When someone faces unfair criticism, you call it out. When that person is your friend and your family, you call those critics what they truly are. Shame on you, you racist bullies.

If you were Meghan, wouldn’t you just say sack the lot of ye, I’m off? Swear to God.

Fans noticed a potential Photoshop fail in a photo of Kim and Kylie promoting their new fragrance collaboration:

Kylie’s favorite is the nude bottle, I think mine is the pink! She’s been wearing my perfumes forever so this collab is extra special because I know how much she loves the process. Finding her perfect scent was impossible so we narrowed it down to her three favorites! Kkwfragrance.com Aug 23rd.

If you zoom in – as it seems many people have done – it does indeed look like she has an extra lil pinkie toe.

Amazingly, this isn’t the scariest thing in this photo! No, that’d be the daft one-legged morph suits she and Kylie are sporting. Truly nightmare inducing.

What a night! We absolutely loved it. Everything we hoped for and more.. we feel so lucky to have so many special people in our lives. I’m so happy we marked your birthday in such a memorable way @brianormondtv #lifeisforliving #BO40

Pippa O’Connor and Brian Ormond are continuing his 40th birthday celebrations in Ibiza.

The queen of the influencers threw a massive bash for her husband in the Powerscourt Hotel over the weekend, attended by everyone who is anyone on the Irish social scene.

Now they’ve flown off to Ibiza with best pals Brian Dowling and Arthur Gourounlian for a bit more partying:

They’re staying at the swanky Nobu Hotel, which doesn’t come cheap – if turning 40 means parties and holidays, sign us the eff up.

flower child ??? had a midlife crisis and decided to bleach my hair for a youtube video… it’s up now! ? what do we think?

And as further proof that no one is ever truly cancelled, James Charles has gained back the three million subscribers he lost amid the Tati drama.

We won’t go into all that happened again (you can read about it here), but suffice it to say, after he was ‘exposed’ by his former friend and fellow YouTuber Tati Westbrook and his subscriber count plummeted.

As of Saturday, he’s back where he was before it all began:

I’m so grateful for every single one of you and am beyond blessed to be alive and do this job. Thank you for supporting me. ?

Just goes to show… as a YouTuber, drama can be worth your while.