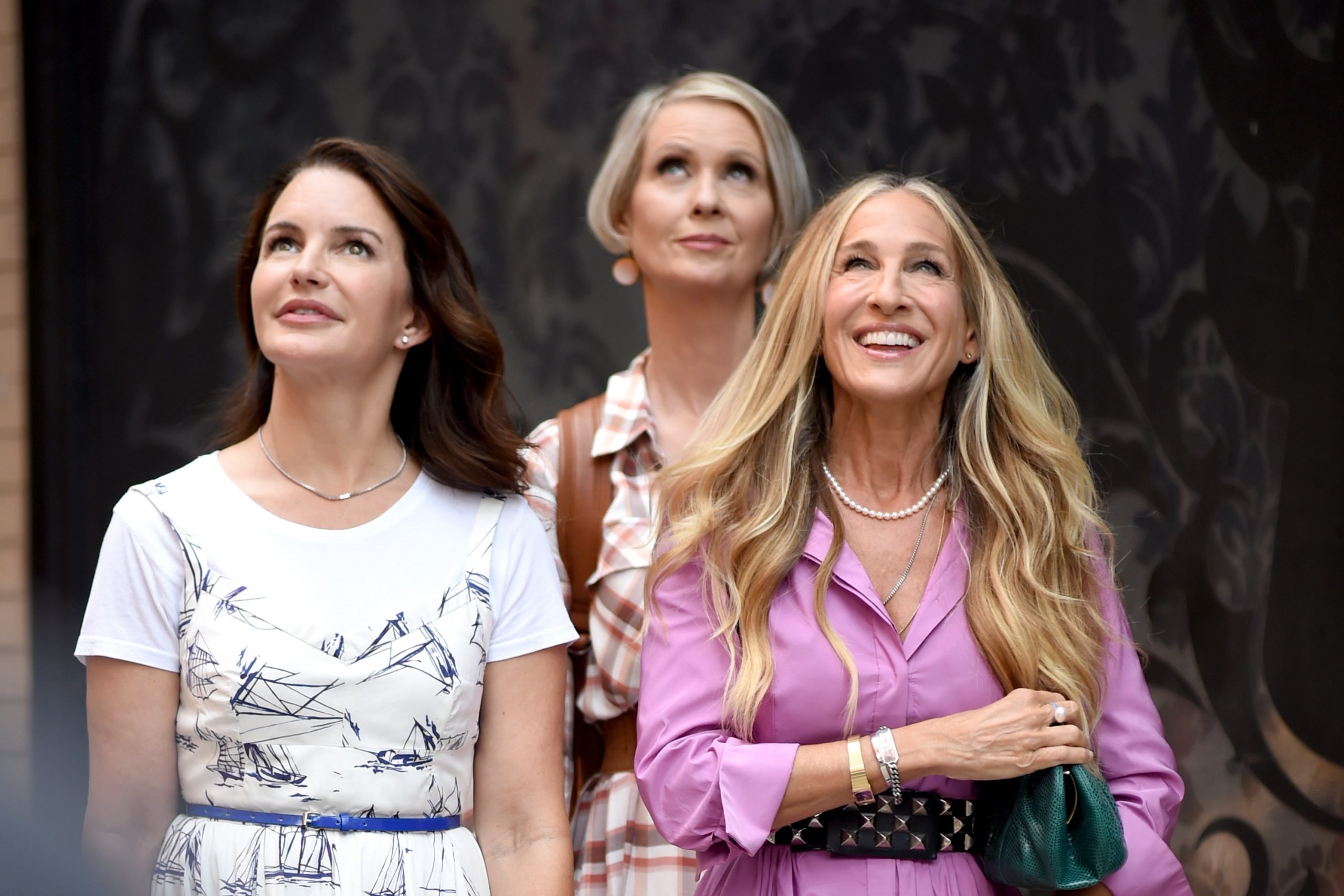 Although we’ve still barely recovered from season one of Sex and the City spin-off And Just Like That,  season two is already on its way.

The show left us with many, many, questions, and some fans felt as though things just weren’t the same given both the tragic passing of actor Willie Garson and missing character, Samantha. But regardless, we all watched until the end and we’ll do the same with season two also.

But regardless of storylines and character shortcomings, the style in season one cannot be faulted. Molly Rogers and Danny Santiago, the costume designers on set took over from the iconic Patricia Field who was responsible for some of pop history’s most famous looks throughout the six seasons of Sex and the City.

With some big shoes to fill, Molly and Danny did an amazing job in the last season of AJLT, and it looks like they’re set to smash it out of the park with the second season too.

An Instagram account sharing all of the style from the reboot has got a cheeky glimpse into what we can expect from season two and its not disappointing.

Carrie is doing what Carrie does best, providing the shoe inspo with a pair of Dior gladiator sandals and accessorising them with JW Anderson’s viral pigeon clutch bag.

We also may be about to see a different side to Charlotte, as one fitting image shows her looking quite casual. While we’re used to seeing Charlotte look quite prim and proper in dresses and skirts, but this BTS look shows her in a green jumpsuit and runner combo. The look might also be an indication of the kind of storylines we can expect from her, any guesses to what that might be?

For now, that’s all the style action we have, but we’re certain more will drop as time goes on. To get up to date on everything we know about season two so far, click here.