Why Being Called Wifey Material Isn’t A Compliment

Bronwyn O'Neill on the term we so often hear on dating shows such as Love Island, and why this needs to change. 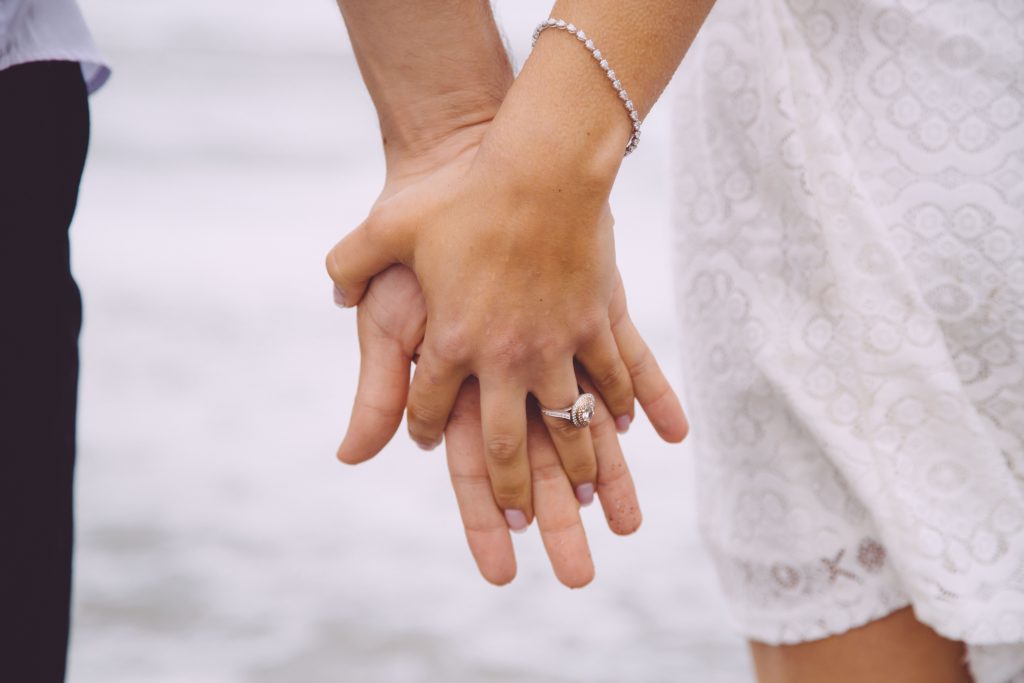 Wifey material, not to be confused with being a wife or wanting to be a wife, is a new term that boys and men are using to describe girls and women. The phrase is being used as a term of endearment or a compliment. But is it?

The term first came to my knowledge over the summer in reality dating shows like Love Island when the boys started describing their ideal woman as “wifey material”. Although being someone’s wife means being an equal and someone your partner wants to spend time with, “wifey material” appears to mean quite the opposite.

No, to be wifey material, one must be quiet, soft-spoken, they’re sweet and they never question the man. Wifey material is not opinionated, not too overtly sexual, but of course, wifey wants to have sex with their man, and they should never, ever be emotional. The men who use this term want a woman who is seen and not heard.

Unfortunately, when it comes to being wifey material I am not really any of those things. To quote Cardi B and Megan Thee Stallion, “I don’t cook, I don’t clean” and I don’t want a partner who expects me to do all the emotional labour.

For years, women have been forced to squeeze themselves into little boxes to be “socially acceptable”. From Gone Girl’s “cool girl” to “Not Like Other Girls” girl and now to “wifey material”. 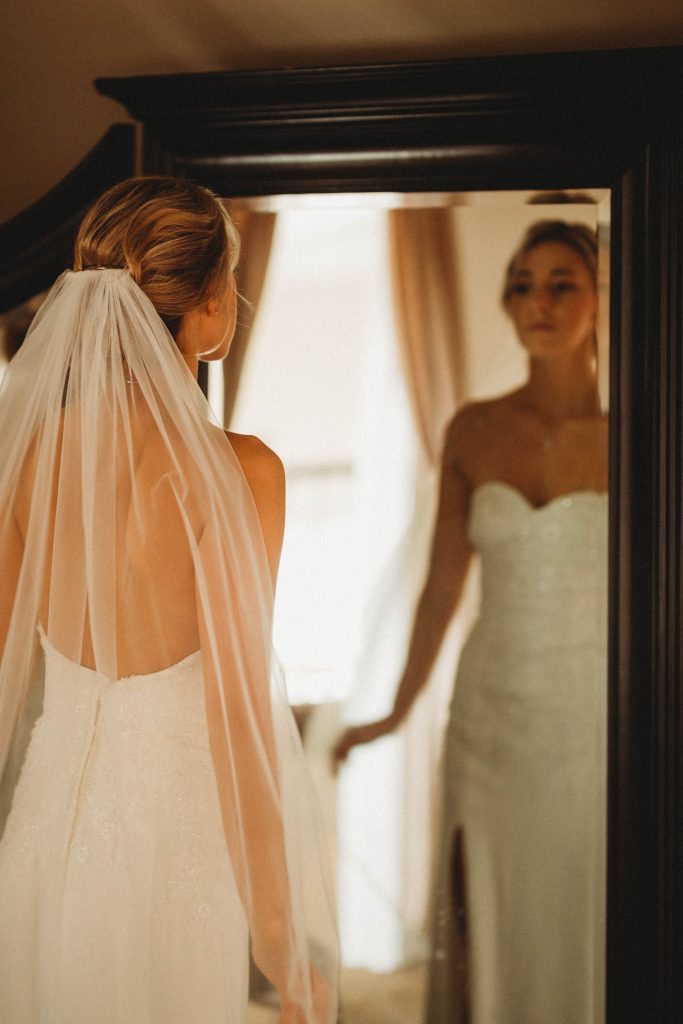 And while my anger is boiling away under the surface, (how un-wifey of me) I decided to talk to the experts about this idea so I got in contact with dating specialist and matchmaker Mairead Loughman to help understand what was going on in the world of dating. When she answers the phone she’s on the way to a wedding of a couple that she set up and she’s delighted that I don’t want to talk about the “perfect 1970s housewife”. Far from it!

So in her expert opinion, what is going on here?

“Basically it comes down to the idea that people think masculine is better,” she says simply.

She goes on to say that while the vast majority of her straight male clients are looking for “women with feminine characteristics”, that shouldn’t be confused with a “passive housewife”.

“I don’t know if you’re going to find anyone like that anymore. Women in this generation are more educated, they are more mentally educated as well. Women are more empowered and they know what is right and what is wrong in a relationship. They want a woman who is nurturing and caring, but they need to look for their equal. Not someone who is going to serve them.”

Now, I’m not here to bash men, because women can be just as guilty when it comes to their narrow views of what constitutes a good partner. How many times have you heard or thrown around the term boyfriend or husband material? Is this not a reductionist term? If wifey material is, surely calling men “husband material” is just as bad.

Let’s be real here ladies, who of us haven’t rolled our eyes at our friends as they speak about their latest conquest and told them not to waste their time with him because he’s not boyfriend or husband material? One friend informed me that for a man to be ready for marriage, he must

be ready to sacrifice everything and anything for his partner. I was, quite frankly, aghast. Imagine if a man said this about a woman? There would be uproar and rightfully so! We can’t expect men to just fold over and become a caricature of a husband.

If wifey material demands the woman takes up the emotional labour as well as the domestic chores, the idea of husband material demands that men do the heavy lifting, the DIY and killing the spiders. Why? Well, because he’s the man! Husband material sees the man be open and eager to listen to his partner’s issues, but much like wifey material not complain himself. But honest with his emotions but not so much so that he’s “too soft”.

This is just as damaging as the toxic wifey material. If women shouldn’t be shoved into tiny, stereotypical boxes then neither should men! Mairead adds that women are still searching for that “masculine man” to take care of us. But is this any better than men expecting us to be the perfect Stepford wife?

If we want to dismantle patriarchal ideas, we can’t allow any pillar to remain standing. It is easy to see how these ideas damage women, but they are just as dangerous to boys and young men. So let’s bin referring to any type of person as a material.

Of course, I’m not here to talk down to any person who wants to get married. I know it’s a…touchy subject to say the least at the moment. Is the institution of marriage steeped in the absolute worst values of the patriarchy? Yes. Does that mean that no one should want to get married? No!

But in a marriage of equals. 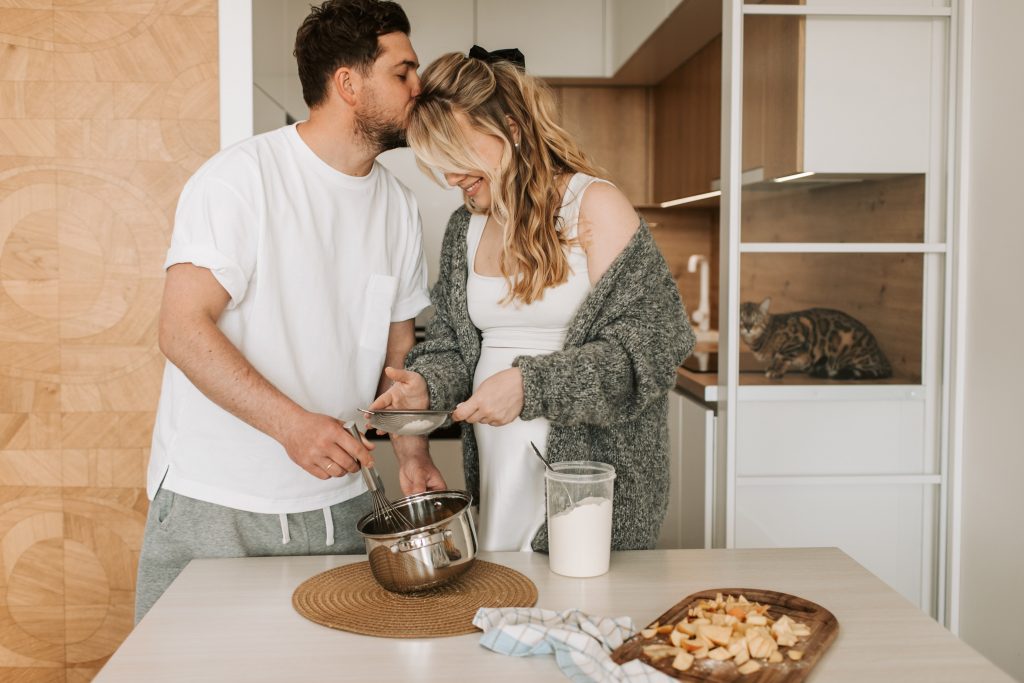 Is it anti-feminist to put “wife” in your Instagram bio? To be proud to be a married woman? Or to be happy to spend Saturday nights in watching Netflix with your spouse rather than in the pub with your pals?

I don’t think so. Anyway, what are Sunday afternoons for if not for a girlie brunch?

I pose this question to Mairead. Is it okay to be a proud wife?

You can be a wife to someone who values you and sees you as their equal. You can share chores and housework and raise kids if you choose to have them. You can respect each other.

Mairead adds, “Some men are a bit slower in transitioning. There are thousands of generations before us. Women going out to earn and being a career lady is a new phenomenon in the lifespan of the universe.”

That’s understandable. Up until 1973, women working in the civil service had to quit their jobs when they got married and become housewives. It’s less than a generation ago. But the world moves pretty fast, you need to keep up or you’ll end up falling off.